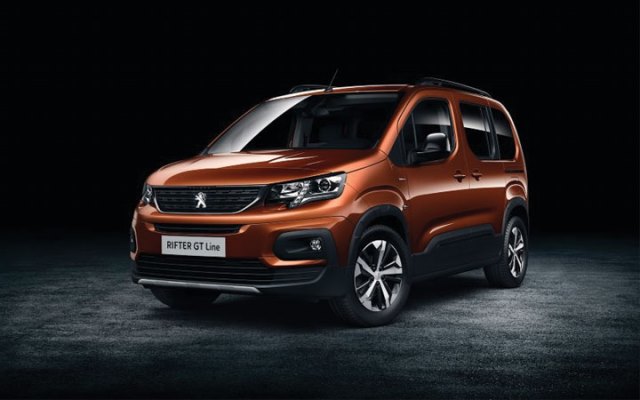 In our review of Peugeot Rifter 2018-2019 - video and photos, price and equipment, technical characteristics of the successor of the passenger "heel" Peugeot Partner TEPEE. Sales of the new Peugeot Rifter in Europe will start in September 2018 at a price of 20 with small thousand euros, in Russia, a novelty will appear next 2019. 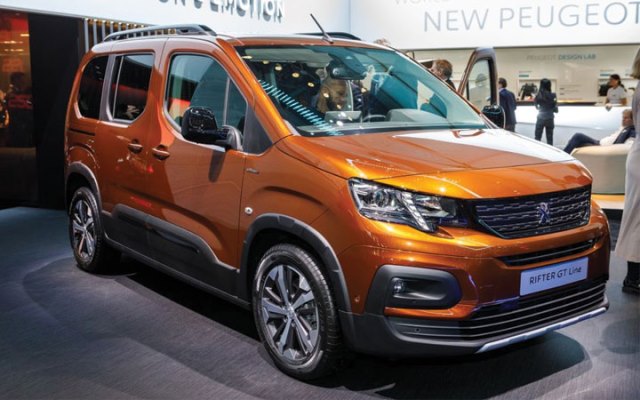 According to the manufacturer, the popularity of compacttwan must bring the following advantages initially in the design:

The front part of the rifter looks stylish enough and has dynamic features at the expense of the following solutions: 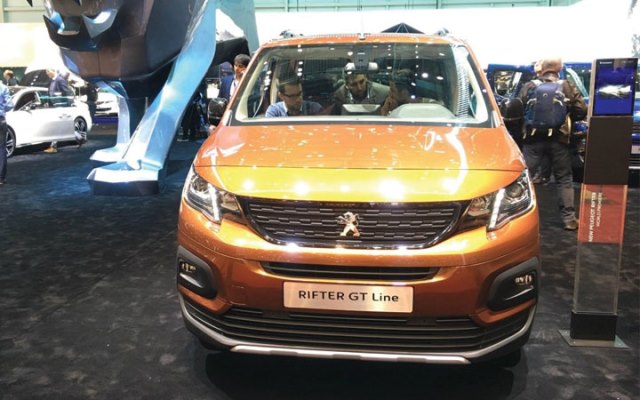 In the front part of the car, there are large wheeled arches, a straight line of roof and side windows, large outer mirrors, upper rails. Rifter feed is characterized by a large-sized rear glass, a straight trunk door, vertical combined lamps. The off-road qualities of the all-wheel drive model emphasize the dark inserts of the wheeled arches and the plastic bottom body kit.

In general, the Design "Peugeot Riffter" 2019 corresponds to the classic image of companktva and looks more attractive than the predecessor with the name "partner". 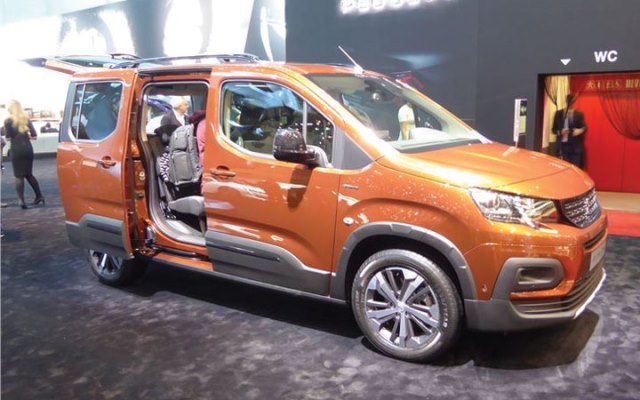 The interior of the "Peugeot Rifter" 2019 model year looks original, one can say even unusual. 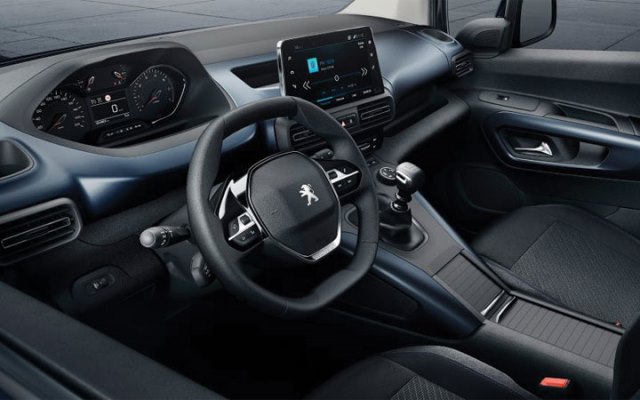 Such an appearance of the salon made it possible to form the following solutions: 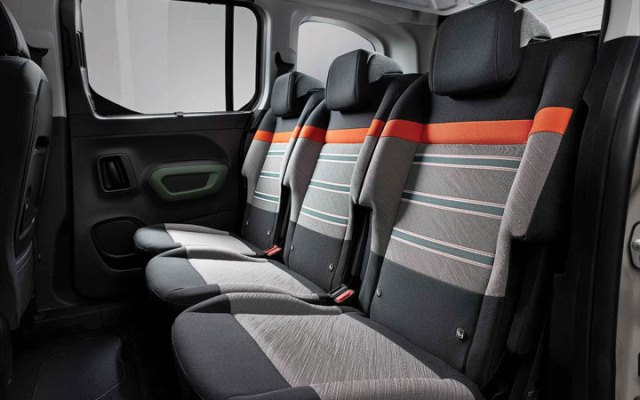 In the interior decoration used: 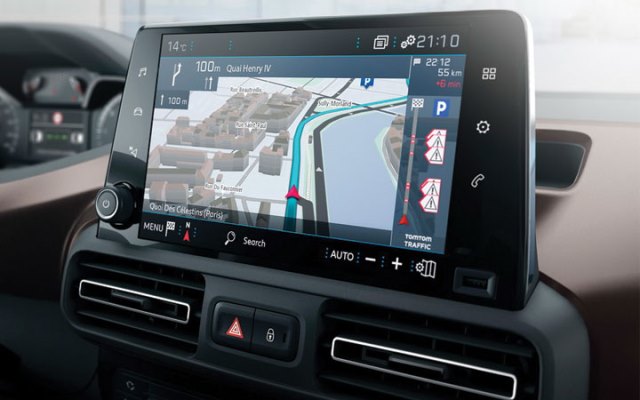 The car is designed on the EMP2 platform and has excellent cargo and technical characteristics. Peugeot rifter is equipped with a turbocharged diesel engine with the following indicators: 1.5 liters of different power 75, 100 or 130 horsepower.

The gasoline engine has such indicators: the volume of 1.2 liters is 100 or 130 horses. 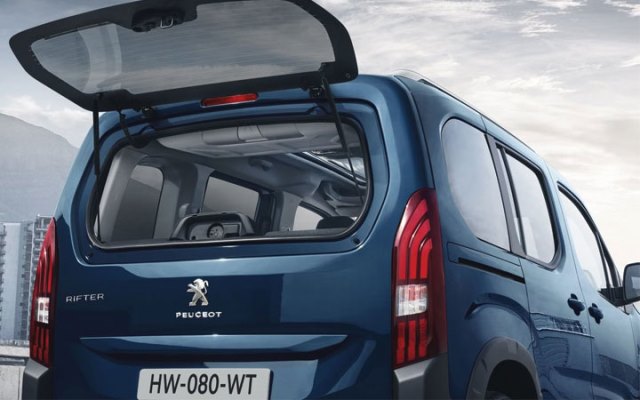 Manufacturers identified that vehicles with a capacity of up to 110 horsepower will be equipped with five-axis mechanical gears switching boxes, cars with 130 horses has an automatic six-step, machines with a power of more than 130 liters. from. equipped with an eight-step transmission. For an additional charge, it is possible to install the AISIN automatic box with 8 speed mode switching modes.

Among the numerous modern equipment used to equip the car should be noted: 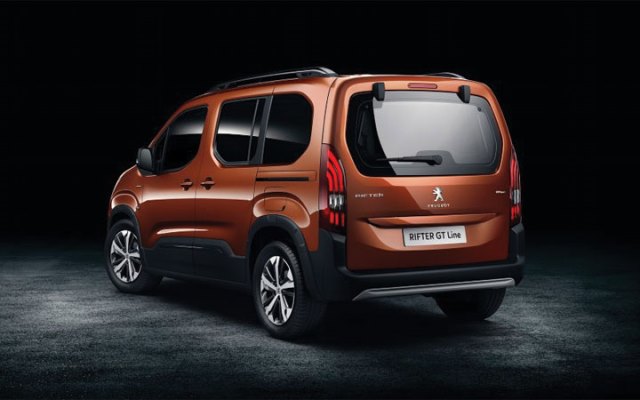 The dimensions of the new compacttva are presented (in brackets are parameters for the seminal option):

Existing dimensions allow inside the vehicle cargo to 2.70 m long (3.05 m). Increase the capacity in the luggage compartment is possible with the help of seats, which form a smooth surface of the floor. Another feature of the rifter design should be considered the function of a separate opening of the glass of the luggage door.

The first copies of the new Peugeot Rifter will come to European dealers of the French company in the fall of 2018. The initial cost of the car in a five-seater version with a diesel engine with a capacity of 75.0 liters. C, with front-wheel drive transmission and mechanical manual transmission will be 20.2 thousand euros. In our country, the novelty will appear at the beginning of the next year, and the price and options for the confsence of the Rifter 2018-2019 model year, Peugeot will provide before the start of domestic sales.

Also watch a video review from the "Ruttle" of the new Peugeot Rifter presented in Geneva: