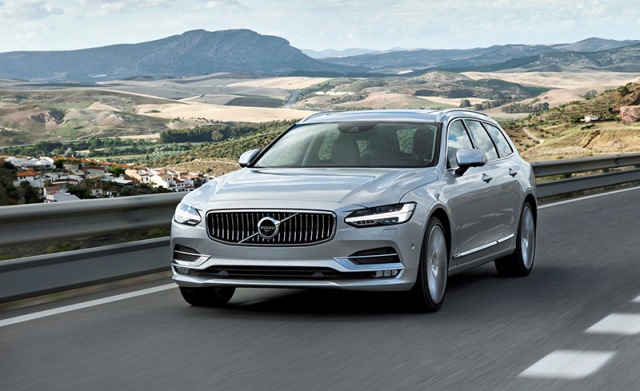 We will not be caught waiting for new models Volvo 2018-2019, since it was by this year the Swedish automaker intends to fully update the line of his models.

Swedes are making aggressive actions aimed at conquering market share in the segment of the luxury cars, in which the Germans rightly rule.

There is no doubt that Volvo will succeed in one degree or another. Maybe this will not happen immediately and this will require a dozen years, but the Swedes are really able to.

In 2019, new models of cars from the Swedish company are expected to appear: S90 sedan, XC60 crossover and station wagon with elevated V60 Cross Country.

This model is heavy weapons aimed at combating German luxury cars in China.

When Mercedes-Benz in 2013 released the sixth generation of their flagship sedan S-class - it was a furor. The case was not in design or technical stuffing. The striking was how rationally and thoughtful developers managed to dispose of the volume of the cabin, creating truly royal conditions.

Up to this point, it was impossible to imagine that this level of comfort for the passenger could be created in a limited space of the sedan salon. Volvo S90 Excellence is primarily aimed at creating the same comfort conditions for the passenger, which can provide Mercedes-Benz S-Class and apparently S90 succeeded.

The flagship sedan Volvo with marking S90 and S90L is produced. An extended version differs from the base model by 12 cm. It only seems to be 120 mm not so much distance. In fact, within the framework of the automotive industry, it is a huge plus that allows you to implement a significant amount of solutions of the inaccessible standard version.

The S90 profile looks attractive, solid, restrained, but very reminds of BMW 7. The front part is similar to BMW no less than the profile. Remove the Volvo logo, divide the wide chrome-plated grid of the radiator on half and no one may doubt that in front of him a new model from Bavarians.

In Volvo, still invented a couple of their chips. The headlights are conditionally separated horizontally line of LED running lights. Looks beautiful and remembered. Interesting front bumper worked. It is quite original and original.

The s90 feed is made in the traditional style for the Volvo style with their branded rear lanterns and here there is no doubt about the car's brand.

As mentioned earlier, the interior of Volvo S90 is that, for which a new generation of the model was created. I especially want to note the S90L Excellence salon. In the cabin of this version of the vehicle, only 3 chairs are installed - one for the driver and two for the rear passengers.

The front passenger chair is missing. Instead, Lounge Console is installed - branded development with a variety of useful and convenient features. It is not only a stand for elongated legs, but also a replacement shoe box. It is the multifunctional console on which the monitor of the multimedia system with the keyboard is attached.

All that can be squeezed into the car salon, for the maximum comfort of staying in it for a long time in S90L Excellence. Armchairs are heated, ventilation and massage functions. Cutches are cooled or heated by choosing.

Gorgeous leather and real tree dominate in the interior trim. The multimedia system is 9.5 inches, and the system itself is equipped with all possible communication capabilities. In the S90L Excellence salon, you can comfortably work with comfort, have and sleep. 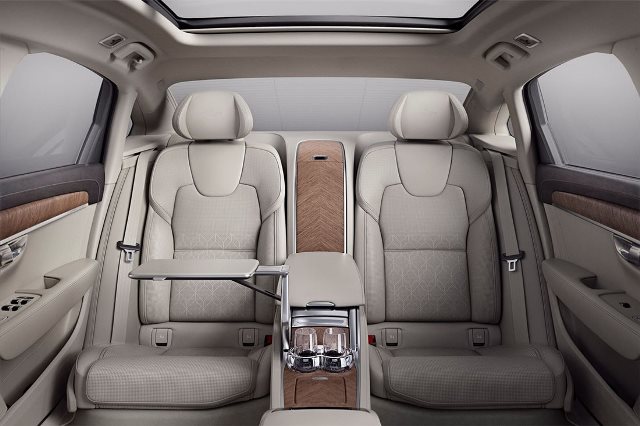 Technical characteristics of a new model

The VOLVO S90L Excellence movement will result in two petrol engine drive-e of their own design. Turbated 2-liter units provide 250 and 320 liters. from. Power. The gearbox is represented by an 8-speed automaton. The S90L Excellence hybrid version will offer a total capacity of 400 liters. from.

Technical support of motion safety at the highest level, which can only offer modern electronics. The discovery system of obstacles is trained to recognize pedestrians, animals and cyclists.

The RUN-OFF Road Protection system ensures that the car does not flew from the road and in an emergency situation will take their own efforts to stabilize the trajectory.

Volvo is actively involved in the struggle in the most promising car segment - compact crossovers. Total nine years, the previous generation of Volvo XC60 served as a brand is not very generous, but a reliable source of income.

Naturally, the new XC60 model displaced the market with more modern models of other manufacturers while the company's management has not realized the need for change. These changes will be not just fundamental, but qualitatively others.

The new Volvo XC60 2018-2019 looks excellent. One of the most beautiful compact crossovers lately. In his appearance, there is nothing outstanding or over the original, except, perhaps the rear lights, but the XC60 looks very harmonious, exquisitely and tightened.

In the front part, we see the headlights that have already become branded, separated by in half LED running lights and a massive vertical radiator grille. The bumper is more nominal, so it is for the most part consisting of some air intakes.

At the back, we will see L-shaped lights that highly enter the rear racks. On the doors of the luggage compartment and the rear bumper, the designers successfully played with the volume by creating a drop-down, stepper and robber interesting and non-piece design. Two exhaust pipes fit harmoniously into the design of the back, creating the impression of excessive model.

For all geometric indicators Volvo XC60 2018-2019 has become more than its predecessor. It increased by 46 mm long, 11 in width, the wheelbase added 91 mm, and the height decreased by 55 mm.

In Volvo, they decided not to invent anything and completely transferred the interior design with the older XC90 model. Layout and design are completely identical. Indeed, why not? If this turns out to be BMW, why can not get from Volvo? It should be noted that this decision went XC60 to favor.

The interior of the previous model looked, to put it mildly, controversial and not everyone liked everyone despite the fact that the appearance of the car satisfied everyone. The new model has no weaknesses in terms of design, layouts or design solutions. This is an excellent news that will noticeably expand the range of potential buyers.

Thanks to the increased wheelbase and dimensions of the seat on the second row of seats, there are enough passengers and growth far above average. Nevertheless, the new has a feature, which is somewhat sad - this is a small trunk.

VOLVO XC60 interior trim materials confirms its desire to the class of luxury cars. The skin of excellent quality, inserts from metal or wood to choose from, excellent comfortable and deep chairs for the front passengers - all these are signs of a premium class. 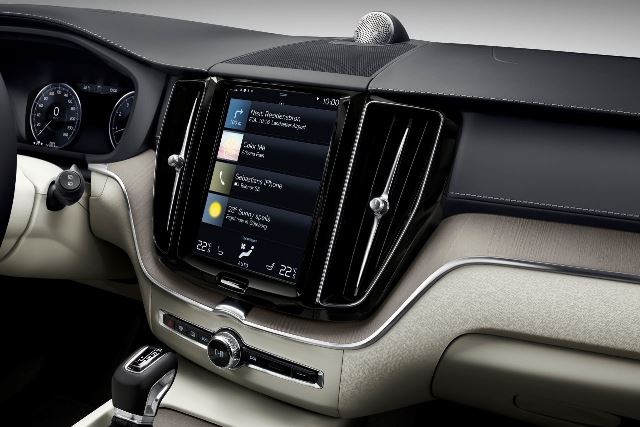 Together with the change of appearance, new motors will come. Universal tendency to transition to small turbocharged engines did not bypass and Volvo XC60.

The car will be equipped with exceptional 2 liter 4-cylinder units. Gasoline versions will provide power in 254 and 320 liters. from. Diesel motors will produce 190 and 235 liters. from.

Volvo XC60 will be only all-wheel drive. The front-wheel drive will not be offered, which also limits the range of potential buyers. Also as a transmission will not be an alternative for an 8-speed automaton, but this does not matter at all.

Volvo specialists are forced to study, catch and adopt the experience of competitors. Competition does not forgive passive behavior and does not indulge those who decided to relax on the laurels of the victims of the Fame.

The Swedes are not only trying to bring their models to the class of premium cars at the same time not always carefully borrowing some decisions, but also try to apply competitors in other areas that were in the trend.

One of these trends is the creation of a car of another class is not the basis of an existing model. Meet, Volvo V60 Cross Country - a car of increased pavement based on the V60 stationary.

Exterior of the station wagon with increased patency

Many critics recognized the V60 one of the most stylish and beautiful cars 2018-2019 in their segment. Volvo specialists needed simply not to spoil the basic external data in the desire to give the model attributes SUV.

In front, we see solid sizes with a radiator grille with a large-scale structure. The head optics also have a lot of sizes with a bixenon and LED filling. A long and powerful hood is successfully combined with an equally powerful front bumper, which is supplemented with aerodynamic elements under the strips of fog light with LED elements.

The profile becomes noticeable by some details characteristic of crossovers. This is plastic gear protection and on the edges of wheel arches, large alloy discs of 18 inches. Large doors, high windows and massive rear-view mirrors are also noticeable. Rectifically visible increased clearance, which is 201 mm.

The internal design of the cabin is fully consistent with the source model. Places are enough for four adult passengers. The third person on the back sofa will be uncomfortable due to the high tunnel.

Volvo V60 Cross Country got a modern digital dashboard and a multifunctional tower other than used in the original model.

The backs of the second row of each of the 3-seats are detached separately. You can easily transport something long and at the same time there are two passengers in the back row. 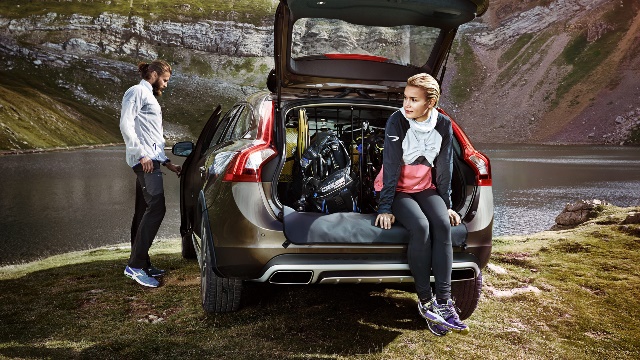 The model received disk brakes in front. Also, an independent suspension is installed on McPherson racks, behind a multi-dimension. Strengthen steering is implemented through an electric drive.

Despite the fact that SUVs remain, as in the past decade, popular and popular, the concern Volvo offers the consumer another option of the crossover - XC40. Exit to sell is scheduled for summer 2018, but today market experts speak of strong new competition even in relation to representatives of the European Beujonda - Mercedes-Benz Gla, BMW X1. As elements of artificial intelligence, a large amount of electronics systems was used, the STR significantly enhances the comfort and level of safety of the driver and passengers. The model range of new crossovers from Volvo is distinguished by external aesthetics and wonderful aerodynamic properties.

The release car of 2019 is constructed based on the current CMA platform, the power units in several variants are gasoline and diesel 3 and 4-cylinder engines, 250 liters power. from.

The emergence of this universal car did not make a surprise for car enthusiasts and market experts. Engineers and designers of the company Volvo could not achieve from this novelty a car of fundamental differences from predecessors. The official presentation has already been held in 2016, and the next season will only be marked by a light rider that allows you to "modernize" the car, the appearance and design of the cabin are slightly corrected.

The basis was the SPA platform with an independent suspension, front-wheel drive, gasoline, diesel and hybrid version of economical modern engines. 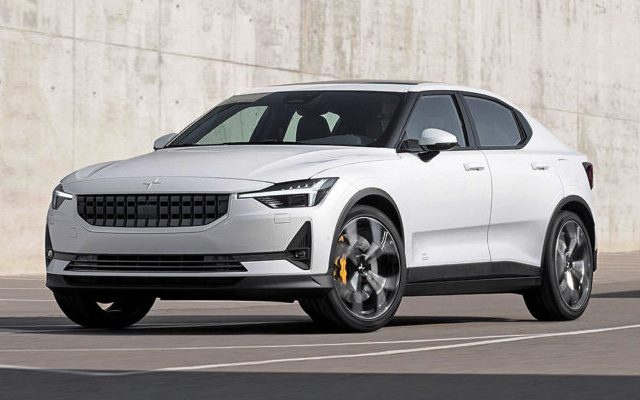 The new Electrocar Polestar 2 is officially represented on February 27, 2019 on the eve of the world premiere of the novelty, which became the second model of the Polacerta Mark at the Geneva Motor Show at the beginning of March of the current year (the new electro car was the second model Polestar VOLVO brand). 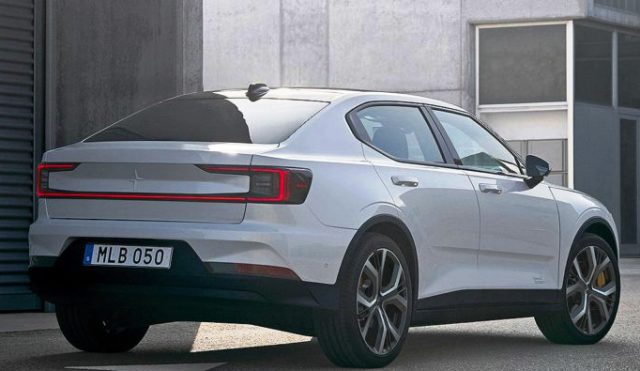 Polestar 2 2019 is a five-door electric car with two electric motors with a total capacity of more than 400 forces, full-wheel drive and 78 kWh with a battery that provides mileage on one charging up to 500 km. Electric car Polesa 2 is created to create a competition of electric sedan Tesla Model 3.