This year, the line of models of the famous manufacturer of Ford cars expanded to the new modification of an SUV with a high level of passability. The novelty is an improvement of the sensational crossover called Everest.

The novelty will be the continuation of the next 2018 update. The car was shown back in April of this year. The first market is most likely to become Asia.

According to official data of the company, in Russia, a novelty will go on sale at the end of autumn. Each Ford brand client will be able to choose one of three possible versions. The basic modification will cost 1.2 million rubles. The standard version will cost approximately 1.8 million rubles. And the most charged, the luxury equipment can do the buyer in as many as 2.5 million rubles.

After careful restyling, the car became brutal, aggressive, but at the same time quite luxurious and aesthetic. The most beautiful, as a result of numerous polls, turned out to be the front of the car. Her energetic character attracts all lovers of SUVs. An unforgettable impression creates a unique radiator grille covered with chrome. It has two massive crossbars and a large brand logo between them. 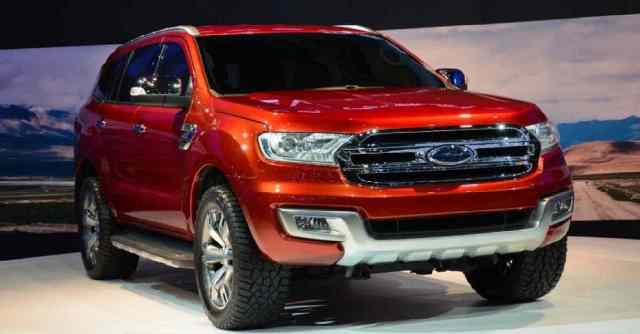 Decorate in front of the model functional headlights of unique design. They, according to the new trends of the automotive industry, are made of high-quality LED elements. The volumetric front bumper has acquired a small body kit. Square fog lights are installed on both sides.

The profile of the updated model has a fairly stylish look. On the doors there are branded postmarkets of the company. Huge windows are given a great overview, and the racks are made so accurately, which is practically masked in the overall appearance of the car. An additional decoration of the modification is the presence of fairly wide thresholds, as well as massive wheeled arches. 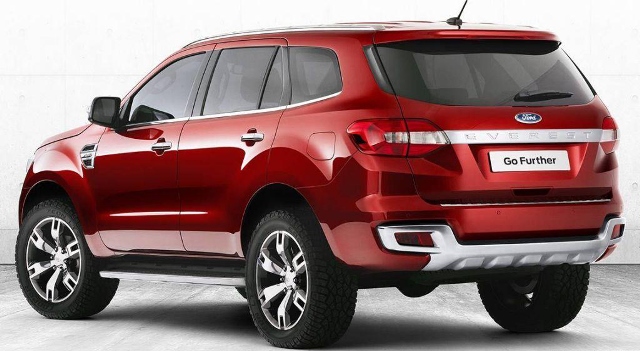 The rear of the powerful car also has a decent view. The luggage compartment is quite large with an unusual door. Above it is a special visor, which improves the aerodynamic indicators of the body. Extensive chrome moldings emphasize the original style of the machine. All these features, along with additional bumper batch, are the basis of the design of a new SUV.

Dimensions of the novelty compared to the previous generation have not changed. She still remained an outstanding ground clearance of 22.5 centimeters, which allows the car easily to cope with brod to 0.8 meters deep. In addition, the novelty is capable of transporting up to 0.75 tons of cargo (including a hundred kilograms on the roof).

Interior design of the new SUV

Different options for laying the cabin allow a novelty with a certain share of freedom to accommodate five or seven people. Inside the car is very comfortable and cozy. The finish is made gently and tastefully. For this, designers used popular high-quality materials. 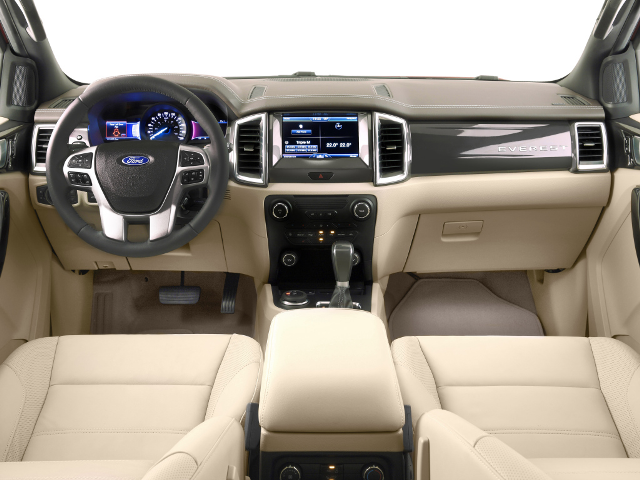 The instrument panel has a geometrically simple, but elegant form. A fairly wide central console is equipped with a full-color sensory display of the multimedia complex. On the sides of it, large ventilation system deflectors in chrome-plated design are located. The climate installation control unit is located below. 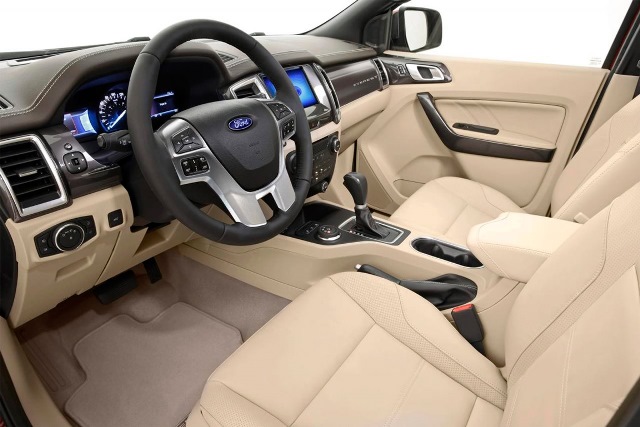 It is especially worth noting new chairs. They now have become a practically a sporty sample. A high degree of comfort guarantees an aerodynamic back, high side support and comfortable short armrests. The three-spoke steering wheel has a rich multimedia filling, allowing you to have access to the management of almost all car systems.

Compared with the previous generation, the new model has better protection against outsiders by side. In the cabin, practically not heard passing by cars, working engine, rotting wheels and other noise. 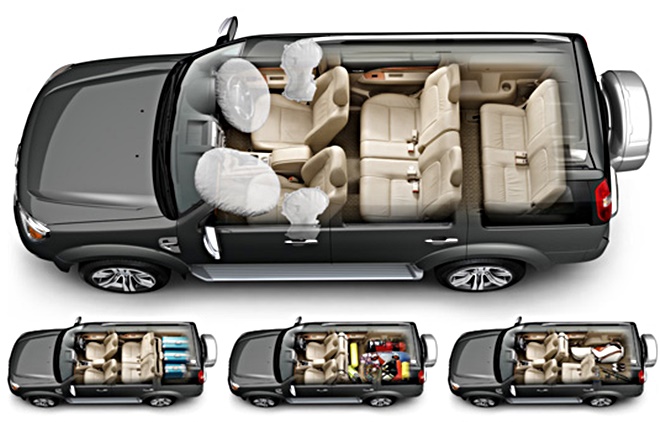 The back of the seats of the rear row is quickly folded, thereby increasing the cargo capacity of the trunk. The maximum compartment amount is impressive - 2010 liters. At the same time, the dimensions allow you to transport even enough overall cargo.

Technical characteristics of the 2018 model 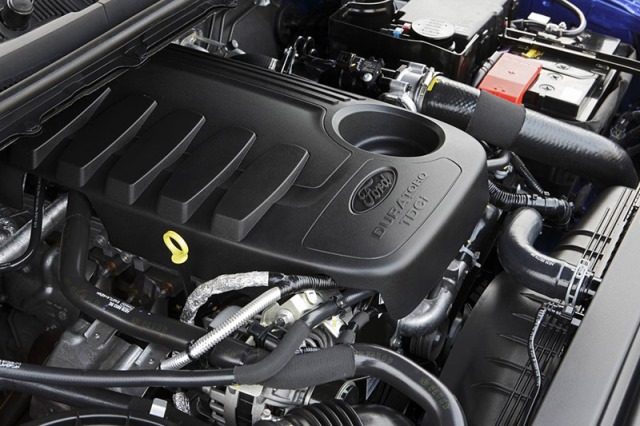 In terms of power equipment, everything is very good here. The manufacturer provided for a new SUV three versions of motors: one gasoline and a pair of diesel engines:

All power units are new and high-tech. They allow Everest to demonstrate excellent running characteristics, both on good coating and off-road.

Thanks to the device complex, options, the driving of the updated Ford Everest 2018 has become much easier, safer, and stay in the cabin is more comfortable.

The SUV has an improved intellectual entertainment system, climate control, heated front armchairs. In addition to all, the package includes anti-lock devices, the devices distributing the brake load controlling the stability of the SUV on the road surface.

Safety is responsible for the monitoring system of blind zones. From theft, the Ford Everest SUV protects the updated immobilizer, which completely immobilizes the car during hacking, attempts to have a power unit.

The convenience of driving is affected by the steering column, which has the ability to regulate. Also, the driver controlled auto Everest simplifies the side mirrors, which are configured individually under certain features. In addition to other buns, in the presence of a survey camera of the rear and front movement.