The appearance of an updated crossover Kia Sorento Prime is expected in 2018. It will appear externally and improved inside. The car is in demand among Russian motorists, and the improved model promises to be no less popular. The developers corrected many flaws that have been in former versions of the machine.

Restyling did not make cardinal changes to the appearance of motor vehicles: designers improved some details, but they have noticeably refreshing the appearance of the crossover. Specifications, although they are held in secret, are already partly known.

The height will continue the former - 168.5 cm. Length will increase to 478 cm; Judging by the last photos, the rear, the luggage part. Road clearance will be 18.5 cm. This indicator indicates that the car, regardless of the configuration, will remain a typical urban car.

The facial part sets the predatory view of the entire crossover. The head optics of the curved shape began a little already, has a complex technological structure. The hood is embossed, adds to the exterior of the power.

After restyling, a form of a falseradiator lattice changed a bit, although the original cellular structure was preserved. The detail is covered with chrome, resembles a "tigrine nose", as in early models.

Front bumper massive and muscular. Designers updated the air intake: one part cools the engine, the other directs the air flow on the wheels. On the bumper sides, fog lights are installed, above them - strips of LED running lights with M-shaped chrome plated overlays.

The side of Sorento Prime looks modern and massively. Aerodynamics, although improved by footman on the sides, is far from perfect. The roof is almost straight, slightly settles to the stern. Upstairs are railing, but they are not thrown into the eyes.

The back of the crossover looks powerfully, large headlights are equipped with fashionable LEDs. The trunk door is quite large, but neat; From above there is a small visor (spoiler), smoothly flowing out of the roof.

Of the disadvantages, wide rear racks that interfere with the review of driving can be distinguished. The spoiler together with a small glazing area also negatively affects visibility. It is recommended to pay attention to this when choosing a car.

Improvements in the interior

The update touched the salon both in terms of design and capacity. It is possible in two variations: five- and seventeal. Although, if we talk about the "gallery", sit there for a long time an adult passenger is inconvenient. Children - just right, because of the Kia Sorento 2018 model range can be judged as a good family car.

Due to the enlarged body dimensions inside, it became more comfortable, more space appeared. Designers have improved the front seats, added lateral support, comfortable handrails and headrests. There are heating functions and several electrically regulators with an acceptable range.

Rear passengers are also convenient. First, you can stretch out: spaces are enough, secondly, the sofa has ergonomic head restraints and outlines. An additional plus - there were various boxes and containers for storing small things; And in front, and behind there are compartments for storing bottles of water and other drinking tanks.

A lot of new is added to the dashboard, although it has retained a traditional look. Improved ergonomics - driving a car more convenient. The gearbox lever has become closer to the driver, there is no need to change the body position when switching speeds. The multifunctional is quite massive, it is located on the onboard computer control buttons and the main options.

KIA engineers will finish the central console: a touchscreen display of the navigation system, multimedia and a few more analog buttons will appear. 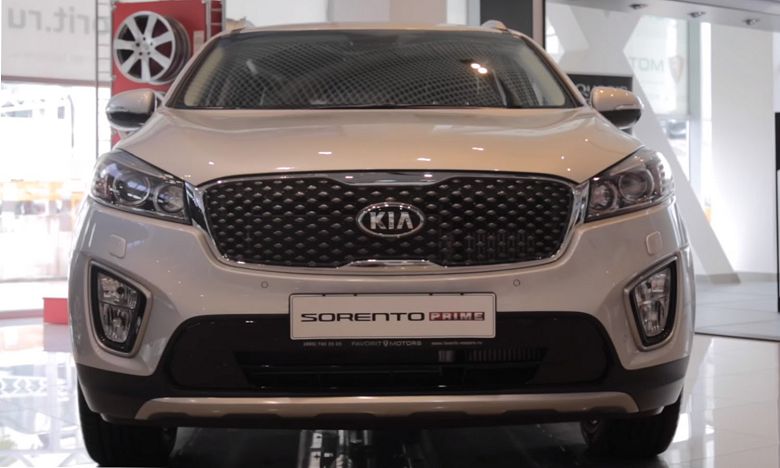 Depending on the places, the size of the trunk:

For lovers of this crossover line, Kia Motors offers motorists to choose from the following motors:

The new version prevails a four-wheel drive and gearbox machine with six steps. The mass of this colossal in volume of the model will be two with half tons. The fuel tank will be seventy-one liter. And the developing speed will reach two hundred kilometers per hour.

The car will be able to accelerate up to 100 km / h in just eight seconds. Fuel consumption 100 km on the manufacturer's assumptions will reach up to 6.5 liters.

The emergence of new items in Russia and the price

For car enthusiasts of this series KIA SORENTO PRIME 2018, manufacturers will give the following classes of models: 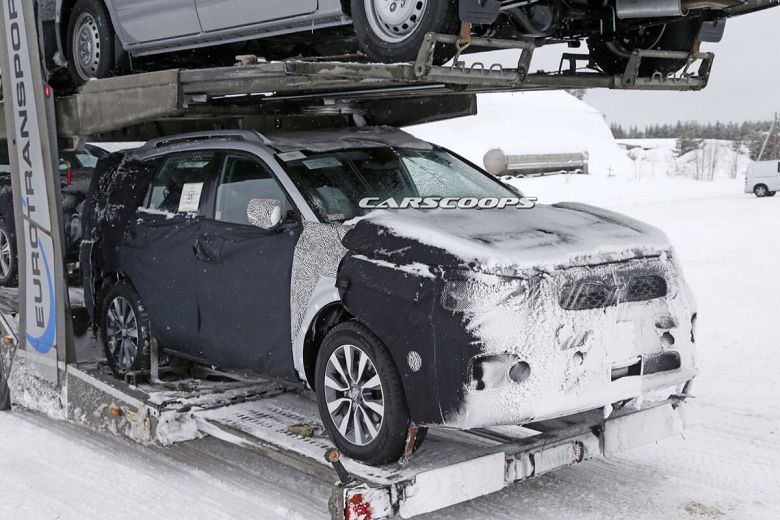 The price of different sets of cars is different depending on the classity and staffing. The cheapest option will cost about two million three hundred years of experts, well, the more rich will exceed three million rubles.

For the time of reaching the sale of a new model is still not known, but on the assumptions of representatives of the company in 2018 exactly.