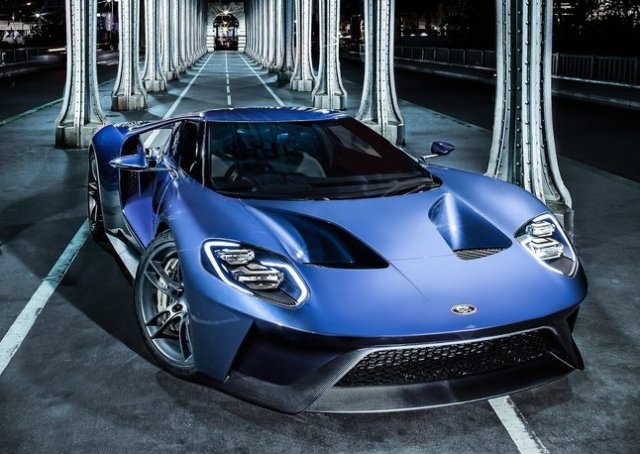 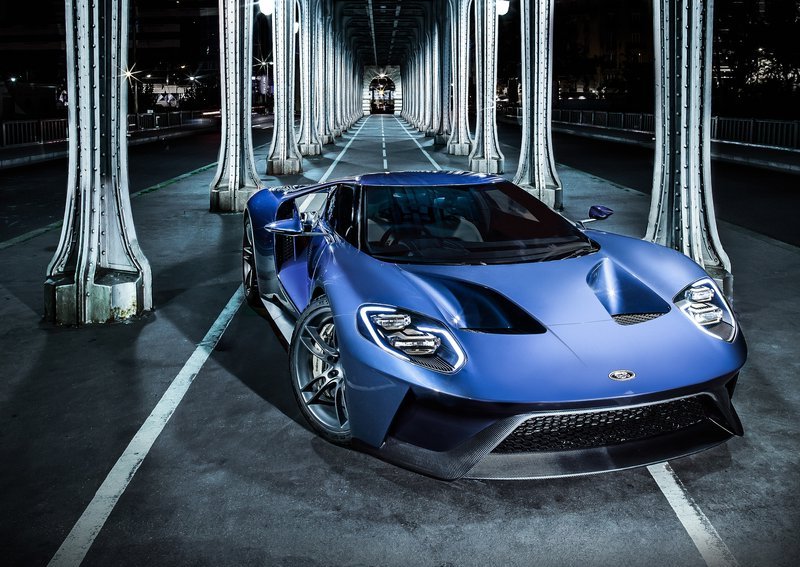 Ford GT is a mid-door supercar developed by the Ford Performance sports unit, which is the "next variation" on the topic of the legendary "Lemian triumphant" of the 60s of the last century ... Among other things, this is the fastest of the existing "Fords", the circulation of which is limited Thousands of copies ...

The official premiere of the conceptual coupe of the Ford GT of the next (second for the "civil series") generation, which received a spectacular design and most advanced technique, took place in January 2015 at the International North American Motor Show, and after a few months he "flushed" to the European public in Geneva. The serial release of the dual-timer started at the end of 2016, but its key parameters were disclosed only on January 25, 2017. 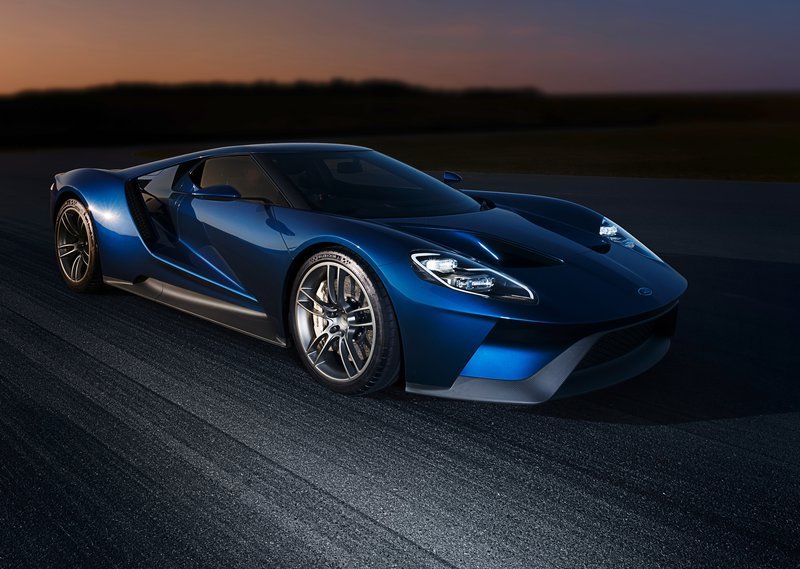 The Ford GT of the "second" generation is truly cool - in its appearance, futuristic features are successfully combined with the outlines of the classic "GT40". The supercar fascinates its squat and muscular body that demonstrates aerodynamically verified proportions. From what angle is not a look, "American" is beautiful and deliberately aggressive - which are only large air ducts in the bumpers, "bloated" arches of wheels, spectacular lighting and two powerful exhaust nozzles integrated in the body panel over the rear bumper. 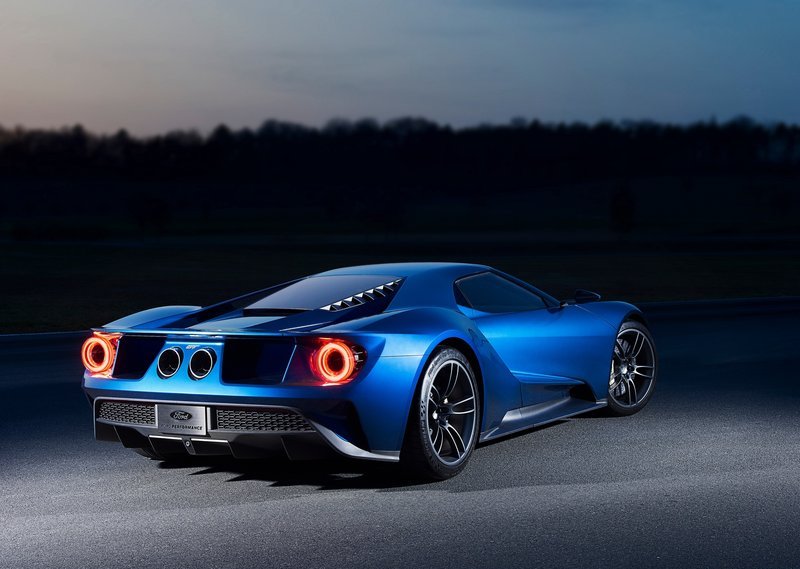 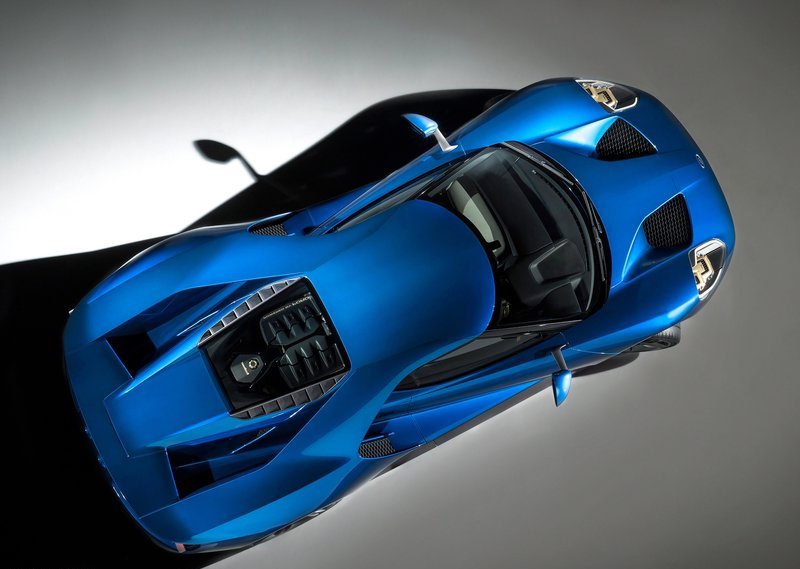 The interior of the supercar meets its inhabitants with minimalistic design with strict angular front panel geometry, decorated in a 6.5-inch "TV" of the entertainment and information complex and the original climatic unit. 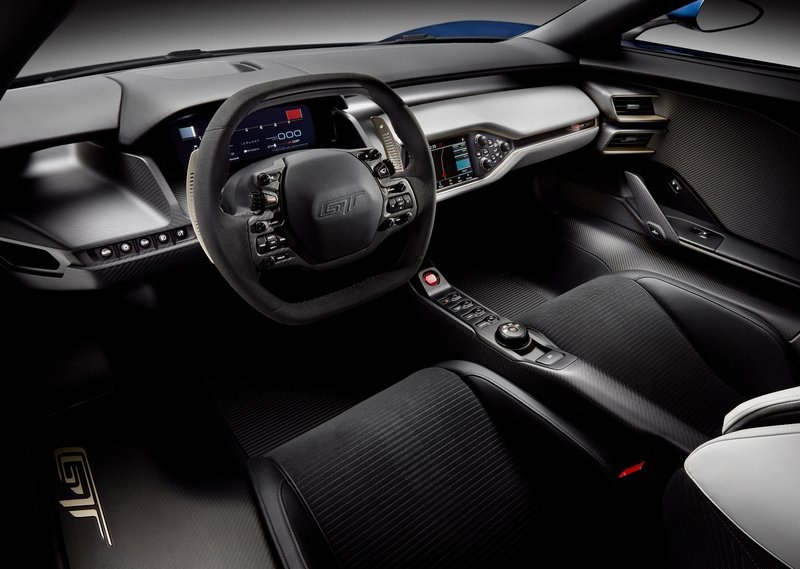 Directly before the driver, a sports multifunctional steering wheel is based, and the digital "shield" of devices with a 10.1-inch screen, customizable depending on the motion mode. 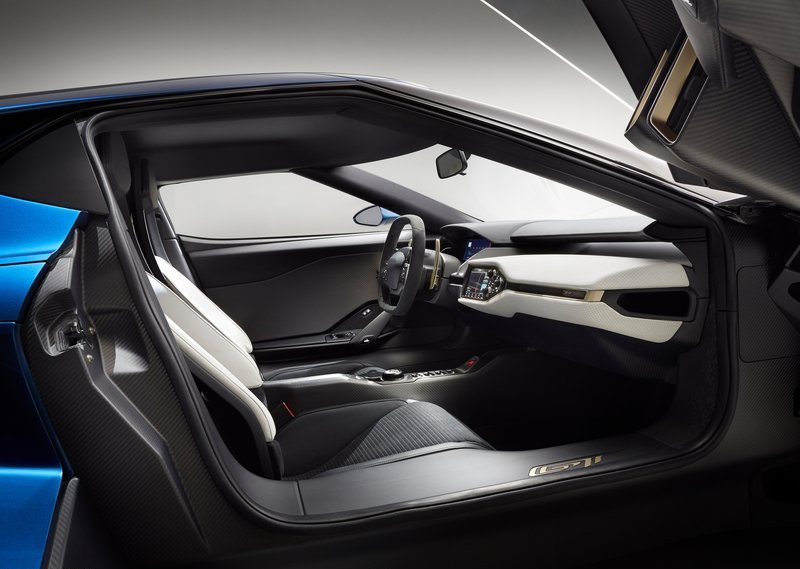 Interestingly, the driver's chairs and the passenger are also made of light and strong carbon, and implanted in the power frame of the car body, but the steering wheel and pedals are located longitudinal adjustment in the range of 200 mm so that the pilot has the ability to adjust the beam and pedals.

The second "release" for GT is made according to the mid-door circuit - behind the saddles installed the EcoBoost gasoline six-cylinder engine with a V-shaped placement of "pots", a combined power system (combination of distributed and direct injection), two turbocharger and gas distribution mechanism of reduced friction. 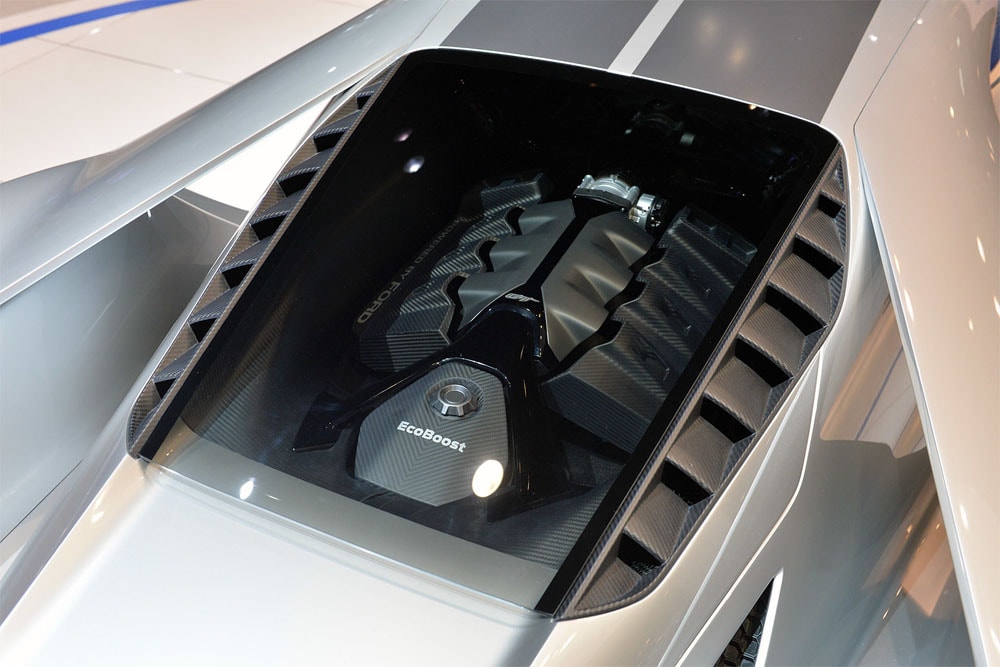 In his arsenal - 656 horsepower power and 746 Nm of torque, and 90% of this value is generated at 3500 rev. The high-performance unit is equipped with a 7-speed robotic gearbox with double-grip and stealless speed switches that guides the power flow in full on the drive wheel of the rear axle. 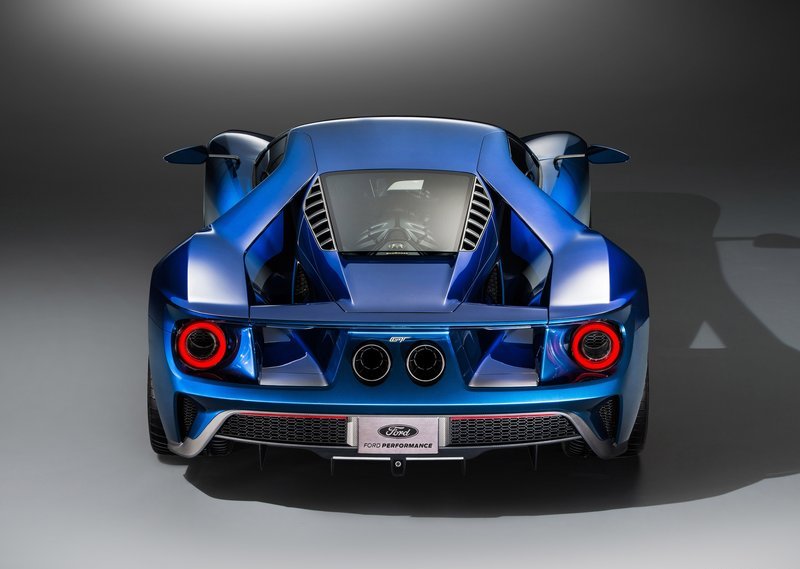 The time of overclocking his "BLAILY" to "hundreds" Americans are not voiced - most likely, it will meet in three seconds. The maximum car can accelerate to 347.6 km / h (216 mph), and in the combined mode of movement "destroys" no more than 16.8 liters of fuel per 100 km of run (20 liters take place in the city, and there are 13 liters on the highway). At the heart of the Ford GT of the second generation is made of carbon fiber frame, to which aluminum subframes carrying the main units are attached to the front and rear. 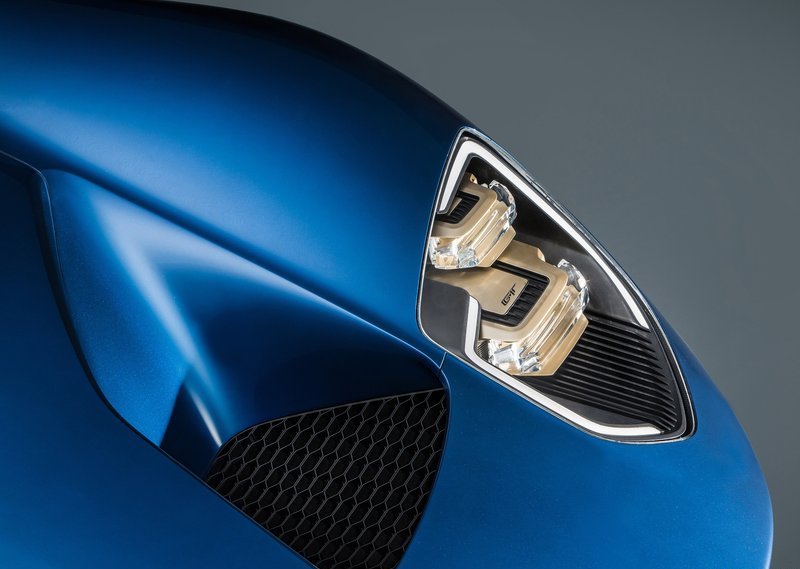 All body panels are made of composite materials, thanks to which the supercar will become one of the easiest representatives of its class. "In a circle", the American coupe "flames" with an independent suspension type "Push-Rod" with horizontally oriented shock absorbers with pushers and springs with springs with adjustment of the road lumen. 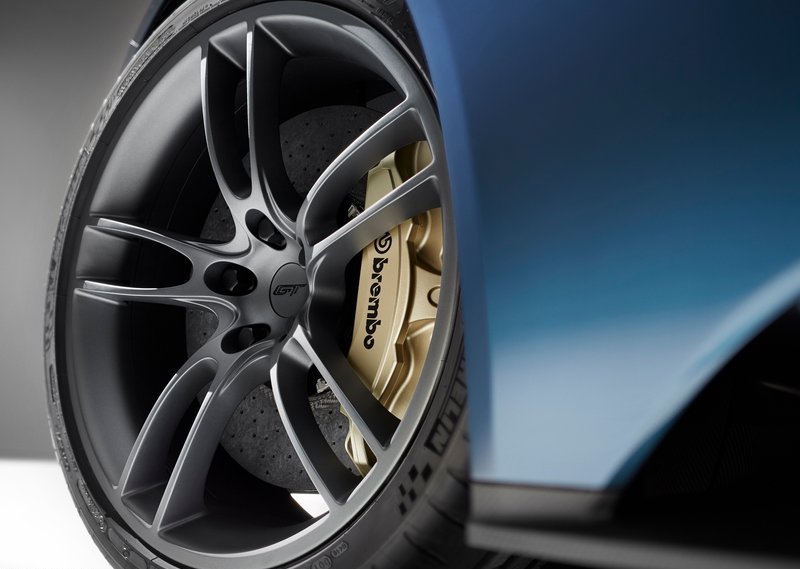 On the road, the car relies with 20-inch "rinks", which accommodate powerful carbon-ceramic brake discs with minor front and four-position rear calipers. By default, the two-door "affects" an electric control amplifier with variable characteristics. 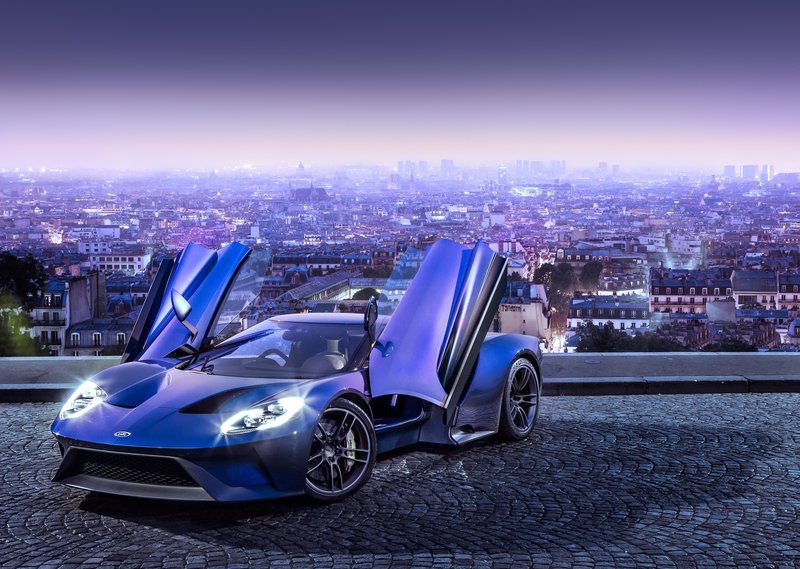 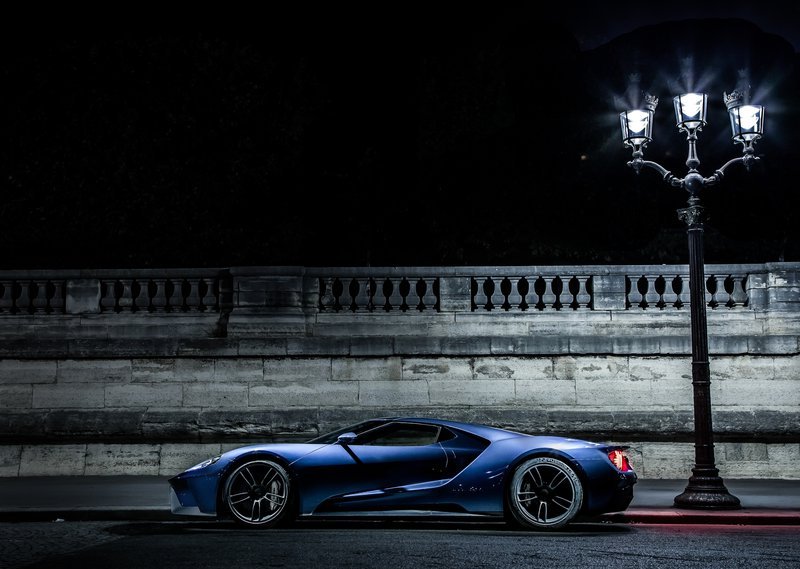 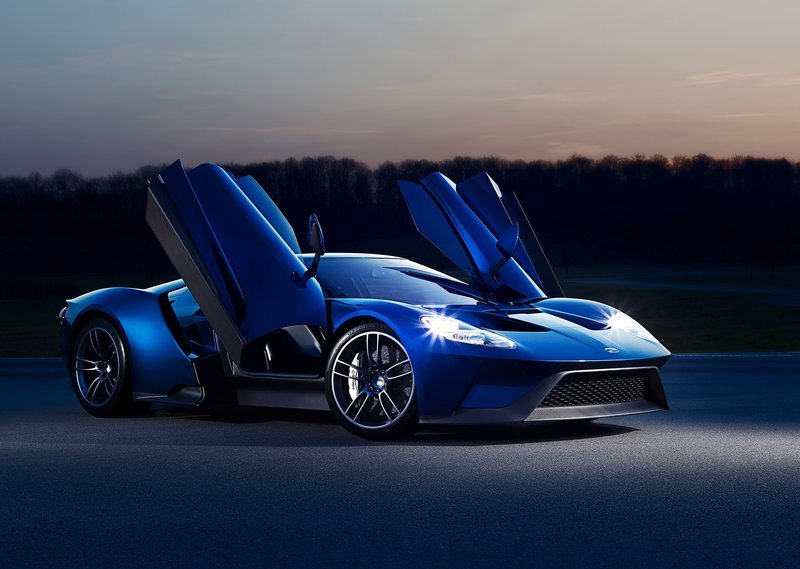 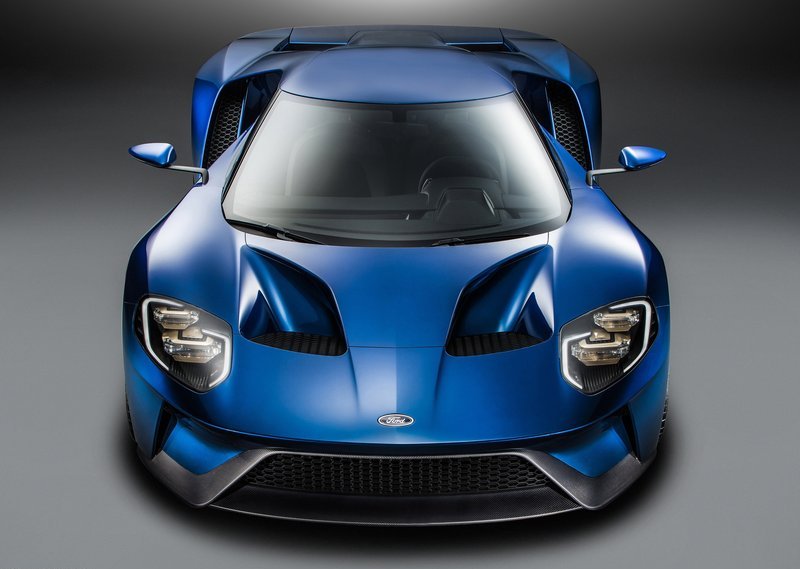 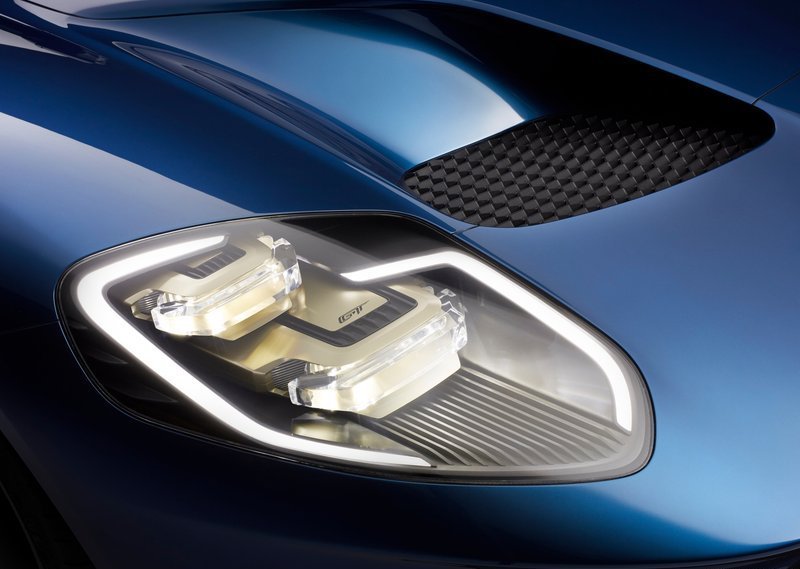 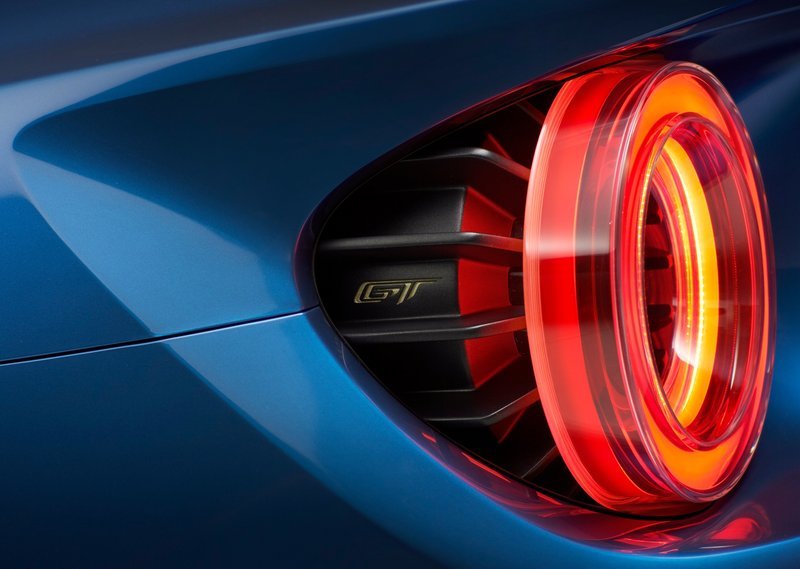 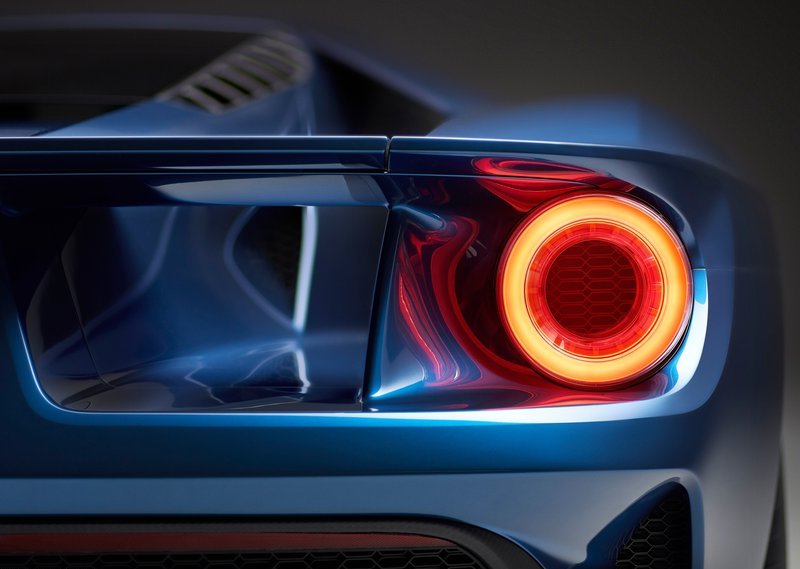 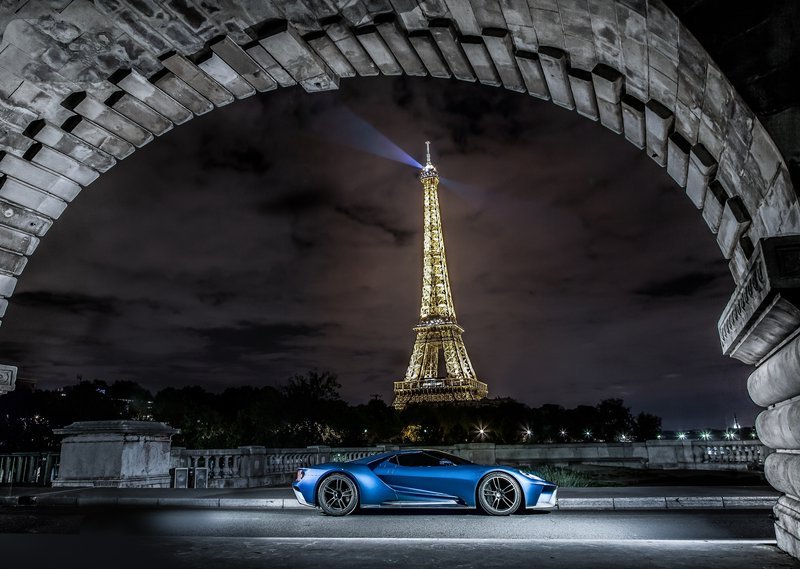